10 Unique Wedding Venues to Say "I Do"

Where is your dream venue to hold your unique wedding and say “I do!” to the beloved one? We know that you want your wedding to be unique, memorable and entertaining. Aside from a number of factors involved you should consider, like the time of year, your budget and the number of guests, it is quite a challenge to the traditions. But it is your only wedding, why not let your personal style be your guide? Here we post 10 wedding venue for your special option:

Idea 1: Get married in midair 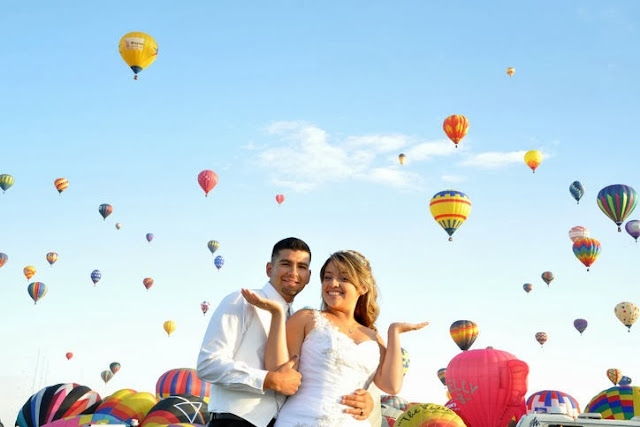 Have you ever dreamed of the scene in the movie “Up” happening to you? A flying house takes you and your beloved one to travel around the would. Why not try to have a flying wedding with your spouse? In Albuquerque, New Mexico, “rise and shine” has a new meaning for brides at the International Balloon Fiesta, where couples can get hitched while they’re soaring toward the clouds. Some balloon baskets hold up to 12 passengers, so the bride, the groom, and the rest of a small wedding party can fly together for the ceremony. The romance of hot-air balloons inspired more and more young lovers who prefer novelty to hold their wedding here.

Idea 2: Get married on a bridge 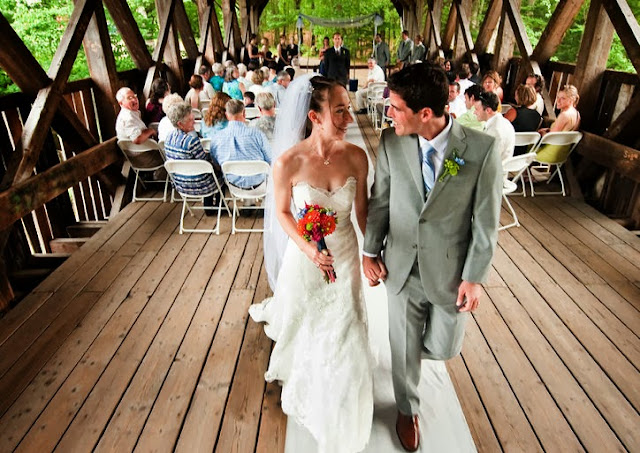 Holy and romantic wedding is not always be demonstrated in the church or backyard garden. In Newry, Maine, the Artist’s Bridge, which spans the Sunday River, doubles as a holy spot. “Maine’s covered bridges are the stuff of legend to us Mainers,” says Jenefer Jackson, who married there with 25 of her closest friends and family. Just imagine how great you will feel when you see the beauty of the bridge which has been built in 1872, and its setting amid a lush green forest and brook. We guess it must be an epic wedding in your lifetime.

Idea 3: Get married in a cave 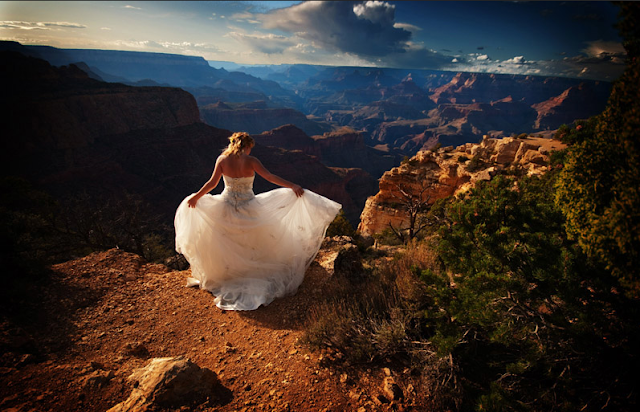 If you and your lover love to be close to outdoor, why not opt for booking Bridal Cave in the Ozarks of Missouri. Because beach wedding seems to be too familiar and ordinary.
Native American legend has it that a couple first married here in the early 1800s. More than 2,500 couples have done so since then. One pair even flew from St. Thomas in the Virgin Islands to be married in the Bridal Cave

Idea 4: Get married in a car museum

Steve Jobs has set up his Apple Empire in the garage, and have you ever wanted a unique matrimony in a car museum? We guess it must be the special memory which blends with speed and passion. Another way to race to your nuptials is at Las Vegas Motor Speedway. The speedway hosts weddings year-round, but on one day a year, fans can get married for free in the Victory Lane.

Idea 5: Get married on a glacier 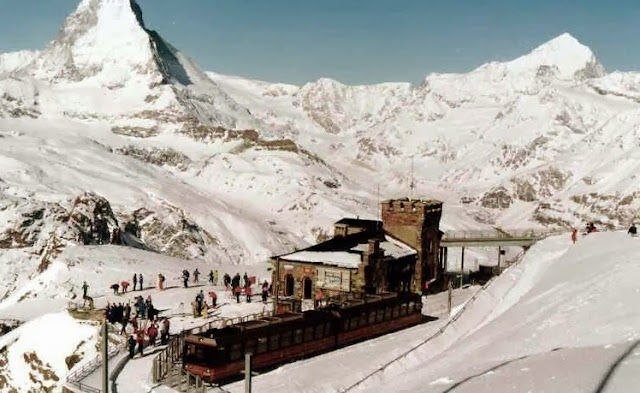 Let’s talk about another exciting destination wedding! Pearson’s Pond, an inn in Juneau, Alaska, helps couples arrange weddings on a glacier. For Amy and Gregory Rhoden, the wedding day began with their arrival with family on a cruise ship, followed by a helicopter flight to a glacier for the ceremony. Because it’s always cold, “long, flowing capes and white fur jackets and hats are popular with the brides,” says inn owner Maryann Ray. What you can’t see in the wedding photos: bride, groom, parents, and everybody else on the glacier has to wear big, clunky boots with spikes on the bottom called crampons to prevent slips.

Idea 6: Get married next to a volcano 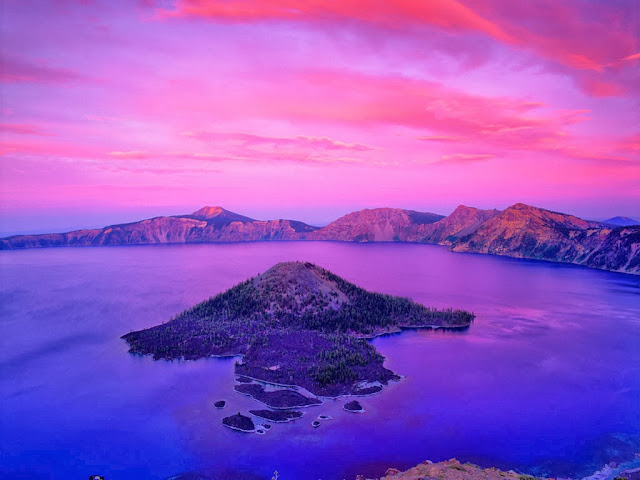 Here’s one way to pour down your molten passion: In Hawai’i Volcanoes National Park, couples marry with views of Kilauea Caldera, part of a live volcano with plumes of lava flaring against the sky. It’s an ancient landscape that re-creates and renews itself daily, And even though it’s still considered an active volcano, there’s no cause for alarm: There haven’t been eruptions there for centuries.

Idea 7: Get married with man-eating animals 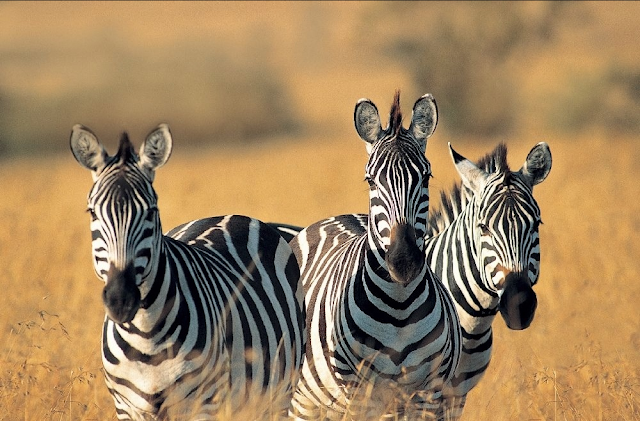 Just imagine that how you will feel when you say “I do” at lions, tigers or bears. It is a nonprofit exotic-animal sanctuary in east San Diego, California, where is the home to those beasts—plus bobcats, leopards, and miniature horses. Wedding guests can stay in the sanctuary’s private retreat and feed some in the morning. We guess you will love the occasional roar of the lions during the ceremony and the peacock that squawked right after an “amen.”

Idea 8: Get married at a Mayan Temple

Belize is home to more than 600 ancient Mayan sites that welcome weddings. Among the most enchanting and romantic locales is Cahal Pech. (Its translation is “place of the ticks.”) Goldman can arrange for a Mayan shaman to perform the ceremony if you desire and has organized weddings for both straight and gay partners.

Idea 9: Get married on a pirate ship

If you think that a conventional setting is not your style, why not try to get married on the pirate ship which make you feeling stepping into a fairy tale? Just imagine a pirate swinging from a ship mast to deliver your wedding rings, just get captured with your fiancé on the pirate ship. All your fancy will be acchived at Treasure Island Hotel and Casino in Las Vegas.
The ship was beautifully arrayed and the service performed by the captain was divine. Even Pastor Jerome Blankenship, who’s led weddings here since 1993, says they can be “more energetic and fun” than weddings in a chapel.

Idea 10: Get married on a castle 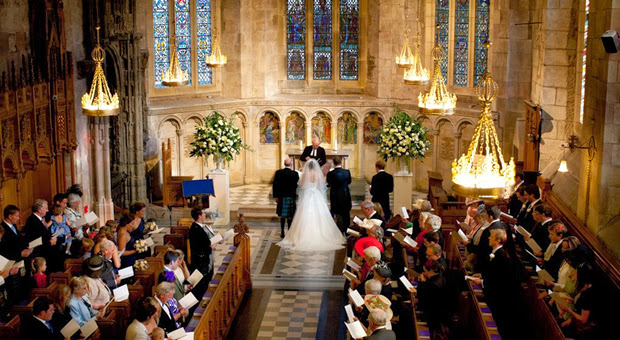 Holding a wedding in the castle is the top choice of every bride who never quit the dream of getting married like a princess. New York City may provide the palace you’re looking for. The castle, built in 1869, gives newlyweds panoramic views of the park and the city skyline. Those who prefer something tropical, however, can head to Iolani Palace in Honolulu, which was home to King Kalkaua and Queen Liliuokalani before the overthrow of the monarchy.